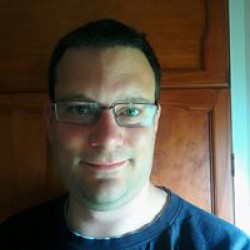 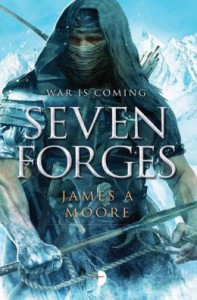 I was quite surprised by this book, I hadn't read anything of James A Moore before. More of his titles can be found here.

This is a book about first contact with a new civilisation. Initially Captain Dulver ex military man now mercenary was tasked by Desh Krohan – sorcerer and right hand to emperor of Fellien, to find a path to the Seven Forges through a land decimated by the gods over a thousand years ago. While fighting some of the local creatures he comes across Drask Silver hand, who is Sa’ba Taalor. I wont say anymore about them, as they are the main part of the story.

The story and characters, I found to be engaging and well developed, through the story you find out more about the Sa’ba Taalor, their history and religion and to say it is fascinating is an under statement, the problem with this is I found myself wanting the story to delve further into their culture and history. Parts of the story covering Sa’ba Taalor and their environment could have been developed further, i.e. the first contact. It seamed to be over as soon as it began.

One interesting point to make, is when first contact was made there was a language barrier between the races, I thought this was a great idea, because in most Sci-Fi/Fantasy titles I have read this is very rarely explored- to be fair I haven’t read a lot of first contact novels so it maybe more developed than I realize.

Summing up, this was a great book, and was left on an epic cliff hanger which partially reminded me of the end scene in “The Grey” with the mighty Qui Gon Jinn. The book left the world forever changed and empire wide implications to deal with. There is an endless amount that can be built on in future installments and from what I have seen with my first foray into James Moore’s work, I cant see he will disappoint.